skip to main | skip to sidebar

OK admittedly I went into a cold sweat!!

So Projection and Cut have got an upgrade, with a more descriptive layout to easily override Line Styles and Patterns. To switch the Surface pattern off, select the override and toggle the visible switch in the dialogue box. Remember this is also per view or view specific.

That new Transparent addition is also banging man!! One simple click and I can now see inside without having to make all these transparent materials. 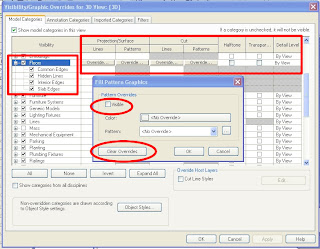 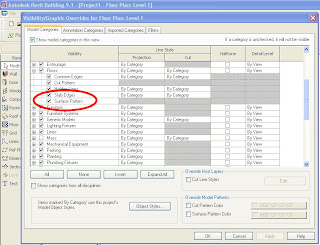 Posted by Shaun van Rooyen at 1:44 am No comments: Links to this post

In for one hell of a ride??

I wouldn't mind a slice of that pie!
”Tall dark and handsome "Reviteer" seeks lonely medium to large firm who would succumb to a bit of hand holding.
I will provide endless (new, never seen before) entertainment (material)
Willing to immigrate!!!!!!!” Throw in this stately lookin' crib and I will be there in a flash. Garden service not negotiable 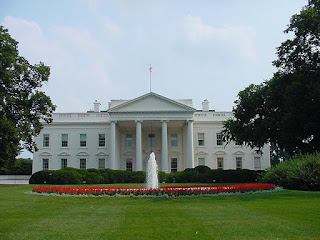 Our economy is booming here. Revit sales are up. However, the commitment to Revit and running a Revit only solution is slow. (Is this a world wide trend?)
Yes, Revit sales are up, I think because it’s part of that bundle or series thing. So most people here are still using ACAD, but at least their intentions are good. (I think?)

I have just come from a little Revit gathering (I went for the free goodie bag) and left in total shock, horror and sheer disbelief. Lisa Brady came all the way out from the States to do a launch on the new RAC2008 and its features and benefits. She had to alter her demo for the majority of people there, which still hadn’t seen how it all works. My god people, where the hell have you been?

Sure Revit hits the 200 000 mark? Great headlines for your investors! It’s good to hear that the spreading is at full steam ahead! You just gotta wonder though

How many were educational?
Although it’s a good place to build the foundations, it is not a true reflection of the real commercial use or the real price paid. I would put my money on at least a 60/40 split.

How many of those were part of the Series solution?
One of our biggest firms here bought 100 seats (2 years ago) of the Revit Series (almost same price as buying just ACAD). Only two Revit’s have been opened and installed, the rest still sit in their boxes?????? All the ACAD’s however are being used.
They are not the only ones that have done this. One such firm of 45 seats did this 3 years ago, still pay subscriptions but have no faith in the software running large projects. Look when I say large projects I MEAN HUGE, (they do like whole cities man) but still! I have just about given up trying to convince them, I said just about.
80% of the biggest firms here, have all done the same.

The 80/20 principal and I base these sums purely on the some of the stats here.
Only 20% of the Revit’s sold here are actually being used, commercially. I would go further to say that, only half of the 20% are actually using the software to 70% of its full potential, and a small handful has actually grasped the entire concept.
A miniscule percentage of firms are completely Revit, in other words, all staff within the practice uses Revit only, for full 100% documentation (on all new work- of course). And I am not talking about the one man shows, only medium to large firms apply to this . I reckon between 1-2%.
So out of 200 000, between 2000 – 4000 are actually being used properly. Sounds a bit generous????

Here in, is where my frustration lies. It’s that others are taking so long to catch on, (not in purchasing but in grasping the concept) much longer than it used too. I am finding that students are taking much longer than it did three or four versions ago. The software is huge!!!!!!. I think I said this in an earlier article, “if you haven’t started yet, it might be too late”.
I feel that the true Revit Evangelist (pre Autodesk buy out, pre 4.5, before 2002) are really the only ones who know this tool inside out.

Competent Revit Users have become increasingly difficult to find. When you do, don’t expect any loyalty, ‘cause they move around quicker than that hilarious little squirrel in DreamWorks animation “Over the hedge”. (I wet myself when he chased that laser light, man)
If you go train “Junior” up, you inevitably waste your initial investment, because they too, move on.

The importance of the Z Coordinate. 3D Modelers, are the ones that really do get it. Those who played around with modeling in ACAD 3D, or bounced around in MAX, VIZ or even Maya, and some even in Bryce, those are the “ ones”, the ones that understand and can cope with the Z coordinate. But I will put my %$#^ on the block that those are the handful of evangelists.
In the Fundamental Training sessions I used to do, one of the questions for the questionnaire was “have you modeled in ACAD 3D” Guess what……. less than 20% had. Those 20% are milking this market for everything its worth. Good on them

Then along came the family. If you haven’t grasped families you won’t grasp this software and its huge capabilities!!!! There is so much content available now, that I believe the need for learning the family editor has become far less demanding on a user. However, for you to fully understand Revit, the project parameters and most importantly, the database abilities, you will need to fully understand families, and the family editor. If you are looking to employ a so called competent Revit user, the first question should be “have you the ability to build complex families and show examples.”

Turmoil has hit the industry.
Should we BIM? Can we BIM? What is BIM? Is BIM really worth it?
Do “Bimmers” really have an advantage? Well Joe Blogs bought into it, We better?
Has anyone seen ROI on their BIM solution yet? See my previous article

Implementation Strategy.
Do you understand what it takes to switch over to BIM? Are you aware that you’re going to need a BIM consultant to assist you? Have you made provision for the BIM implementation funding? Does your consultant have a clear decisive BIM implementation strategy, backed up workflow documentation, success stories, and referrals? Do you know that your world is going to be turned upside down? Have you any idea of the amount of change you are going to have too endure. Most importantly, do you realize this change is a 3-5 year plan.

This isn’t going to happen overnight!!!!
Stop thinking that you will just be able to pick up the manual and in 48 hours…”BANG! and away they go” Do you have any concept of what it’s taken for the likes of Steve Stafford, Chris Zoog, Jim Balding, Scott Davies, Phil Read, Wes Macaulay, Bruce Gow, James Vandezande, , (myself included). 6 years of dedication (Some cases longer than others…Look I am not putting the original factory dudes into this cause that’s a whole different league.)
So don’t freak out when I tell you it’s a 3-5 year plan. Yes, it will take you a month or so to vaguely understand the fundamentals. A year before full documentation is starting to be produced. A year and more to understand and produce the Value Added components: Rendering; Phasing (entire construction processes) Adding timelines; ODBC – adding Costs; Building Life cycle Management – adding FM, Sustainable Design.

To completely transform and alter your teams, staff roles and workflow processes is a process in its own, and yep you are looking at 3-5 years buddy. Then there’s the Add On software. Do you know there are already over 100 Add-on’s to Revit. So on top of learning the software you also have to include the time to understand the Add-ons
So start preparing for it, stop expecting this to be easy and get good HELP!!!!!!!!

How to organize your BIM and CAD content in one seamless solution.
Have you seen the latest BIM Content Manager from Digital Building Solutions (seems they have formed alliances with BIM World.)
Check it out it really is worth it.
They have got more to come. I have been part of a beta testing program and you should see some of the new goodies. A lot of research and hard work has been thrown into their new products which will make the Reviteers lives a lot easier. Stick around and keep checking back for new updates.

Hold on! and hang on and if you do this for long enough, I assure you it will all be worth it.
Yes Revit and BIM is worth it, as long as you approach the concept with a comprehensive strategy and the correct attitude.

Check it out - latest news on these blogs

This work is licensed under a Creative Commons Attribution-NonCommercial-NoDerivs 2.5 License.